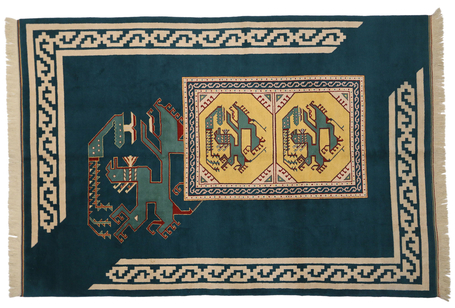 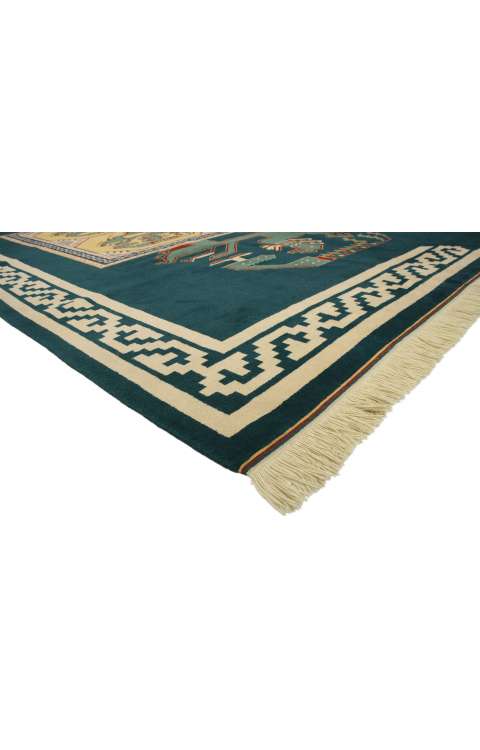 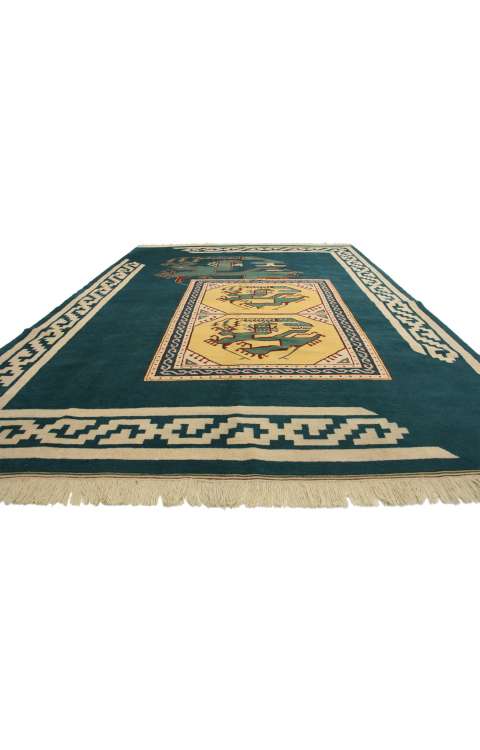 77128 Vintage Turkish Phoenix and Dragon Rug Anatolian Animal Carpet 08'04 x 12'03 From Esmaili Rugs Collection. This hand-knotted wool vintage Turkish Phoenix and Dragon rug is based on the 15th century rug on display at the Museum of Islamic Art at the Pergamon Museum of Berlin. Also known as Early Anatolian Animal Carpets. A rectangle composed of two octagonal medallions are rendered in yellow and each filled with a dragon and phoenix in combat. The octagons have triangle spandrels and surrounded by a reciprocal hook design border and flanked by two thin guard bands composed of circles, possibly known as pearls. A larger Phoenix and Dragon design is depicted on a dark teal blue field. The dragon and phoenix are rendered in a teal blue and outlined in red. A cream-colored hook border open on two ends frames this work of art. The phoenix and the dragon first came to Iran (Persia) with the Mongols and seen as symbols of the benign power of the Chinese Emperor and Empress from the Ming dynasty. The Dragon and Phoenix complement each other creating balance. The Dragon is 'yang' while Phoenix is 'yin'. Hand-knotted wool. Made in Turkey. Measures: 08'04 x 12'03.