The creation of the Great Silk Road also influenced many aspects of Uzbekistan culture, a trade route running from China to the Kazakh Steppes, the Ferghana Valley and Parthia, India. In addition to promoting the exchange of goods, the Silk Road also facilitated exchange of technologies, religions, languages and ideologies. Consequently, Buddhist ideas and icons spread throughout Central Asian territories, including Uzbekistan, Tajikistan and the Ferghana Valley. 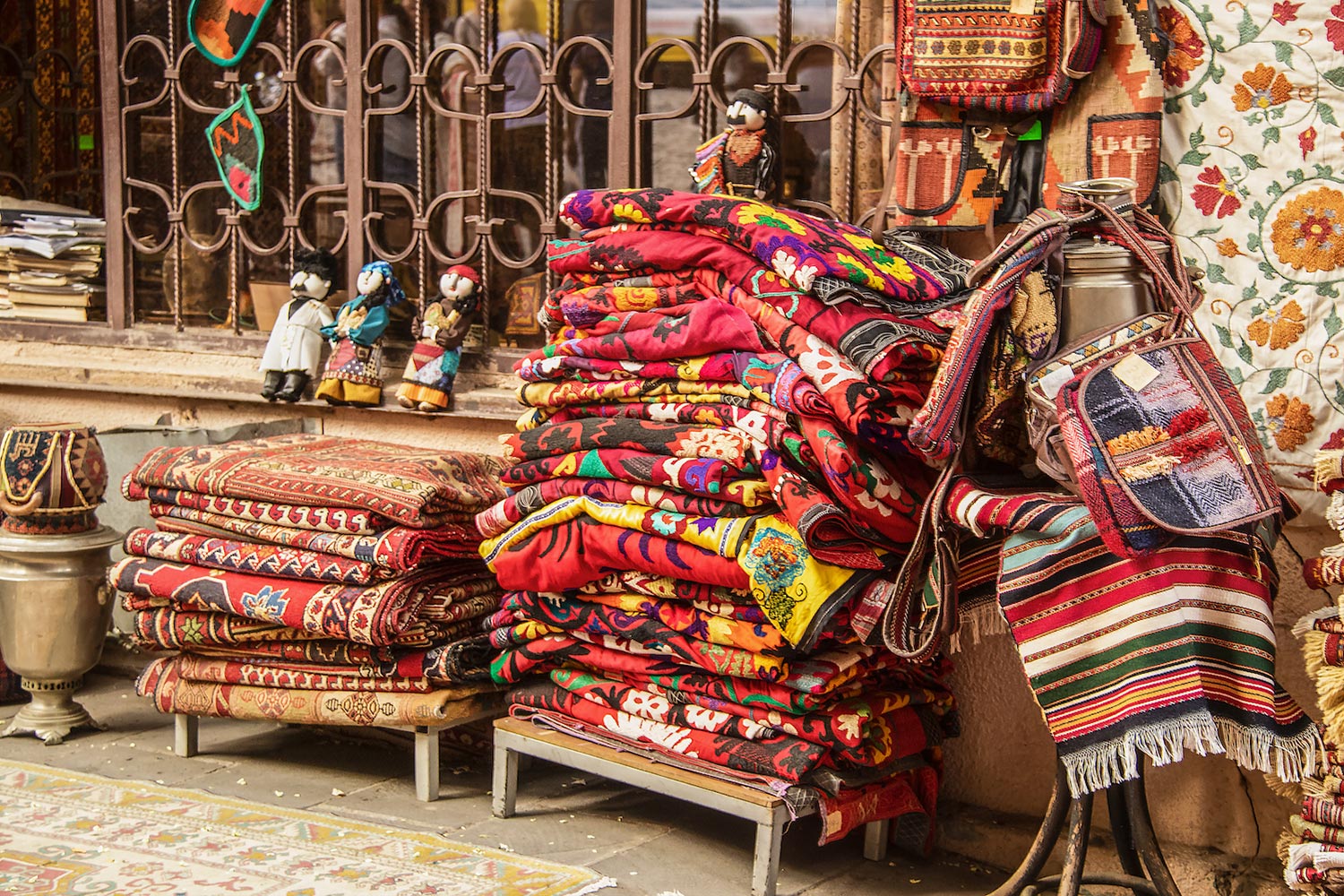 Included in the best antique Uzbek rug collections are Suzani embroidered textiles originating in Uzbekistan. A few of the oldest Suzani are thought to have been woven about 150 to 200 years ago, but historians are certain Suzani tapestries and embroidered textiles existed centuries before these surviving Suzandozi (needlework) were discovered. Most scholars and rug enthusiasts divide Suzani textiles into western and eastern types based on their colors and designs. Since Uzbekistan textiles were typically made for personal use within the home, not much is known about their previous history because they simply do not appear in written logs of merchants traveling the Silk Road.

The oldest surviving Suzani, circa 1780, comes from a time when the emir of Bukhara encouraged the revival of silk weavings by ordering citizens to plant hundreds of mulberry trees. He also brought in skilled silk workers from a western oasis called the Merv. Rug historians think this may have promoted a renewal of Suzani rug production, which ultimately gave us the beautiful Suzani rugs found in museums and Uzbekistan rug collections today.

Suzani motifs emerge from trading among wealthy families living in Silk Road cities that had access to Persian, Indian and Chinese textiles and exposure to Western decorative motifs. Hellenic influences had also moved deep into Central Asia since the days of Alexander, which explains why some Suzani textiles present stylized vine patterns and grape scrolls meandering along their borders. Boteh designs, wild hyacinths and tulips suggest Persian and Turkish influences, while heavily stylized lotuses and pomegranate blossoms represent Buddhist symbols existing before the conversion of Uzbekistan and Central Asia to predominately Islam.

Suzani may have centralized stars and scatterings of flower sprays or boteh in muted rust and indigo hues. Referred to as paisley by Westerners, boteh is an ancient Aryan motif and Persian term meaning thicket, shrub or bush. In some weavings, the boteh resembles the yin-yang symbol or possibly the universal tree-of-life motif. Today, the boteh is found on wool and silk termeh carpets and fabric from Iran and on woolen scarves made in Kashmir.

Eastern Suzani rugs included in Uzbekistan rug collections offer patterns more closely associated with nomadic designs of the Uzbeks and Kyrgyz. These people worshipped the stars, moon and sun in pre-Islamic Uzbekistan, and their beliefs show in bolder designs incorporating archaic symbolisms inlaid on round motifs. Rug historians aren’t sure if this design represents the heavens or fertility symbols from China to the Mediterranean. However, they do consider these motifs as positive images of survival, continuity and life that also appear repeatedly on house walls, embroidery and brickwork of madrasas and mosques domes.

If you are interesting in purchasing a rare Suzani embroidered tapestry or antique Uzbekistan rug, please call us today at 214-651-7847.