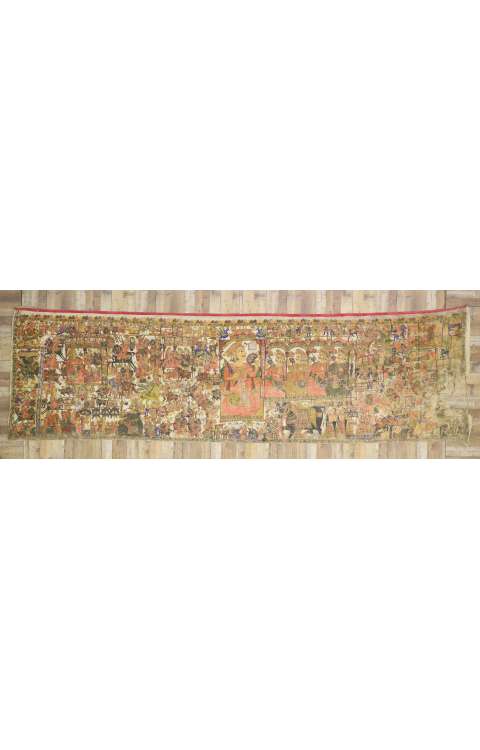 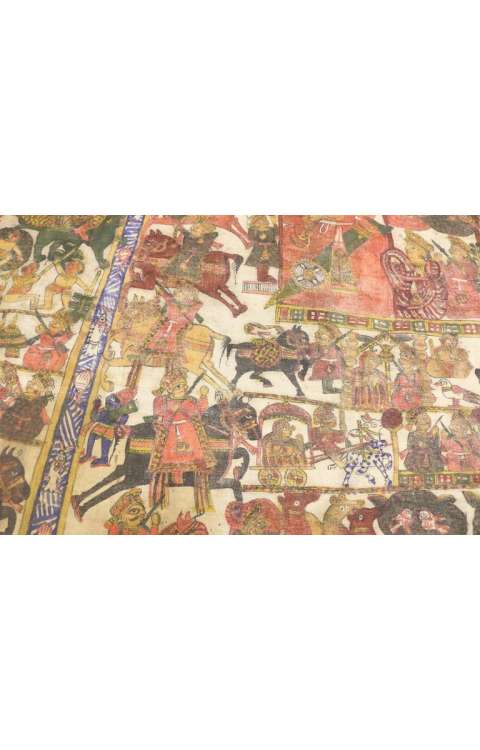 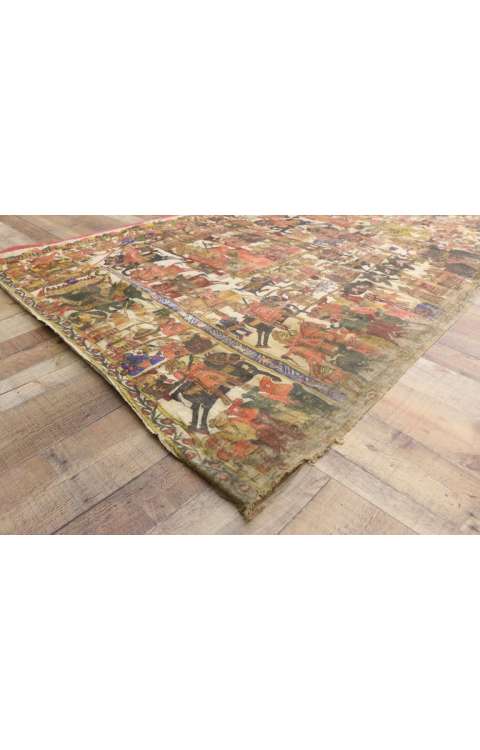 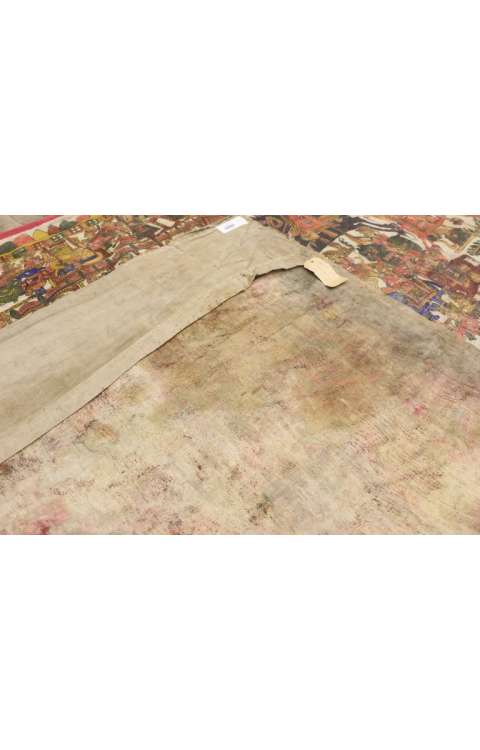 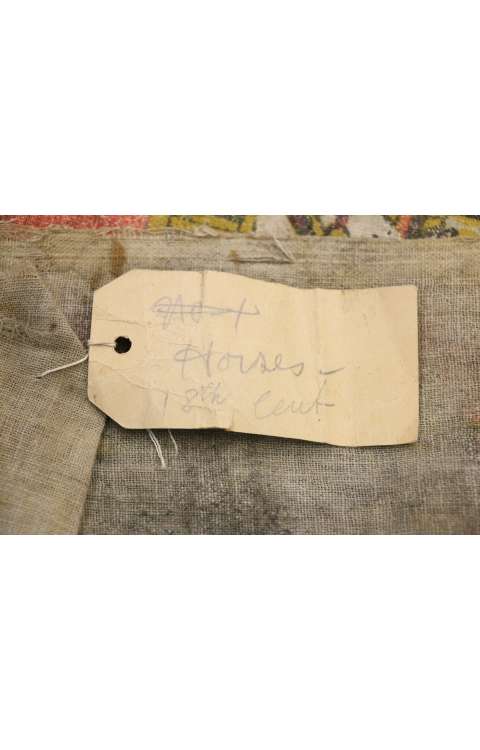 74417 18th Century Antique Indian Medieval Wall Tapestry after the Battle of Karnal in 1739. This beautiful antique Indian painted tapestry is done on a canvas. It features a hunting battle scene with kings, kingsmen and royalty with multiple types of animals ranging from horses, elephants, lions, birds, peacocks and leopards. This tapestry is possibly in relation to The Battle of Karnal in 1739. The Muhammed Shah fought with Nader Shah Afshahr of Afsharid Dynasty (ruled 1736-1747). The war resulted by the victory of Nader Shah of Afsharid Dynasty. Nader Shah Afshahr was one of the most powerful Iranian rulers in the history because of his military genius and battles. Some historians have described him as the Napoleon of Persia or the Second Alexander. This Pictorial tapestry depicts Nadar Shah sitting upon the Peacock Throne. He brought back the Peacock Throne from his victory in India after defeating the Ottoman Turks. This antique figurative tapestry is enclosed with a war border representing his many triumphs in battle. With its commitment to tradition and refinement, this Persian Pictorial wall hanging can enliven nearly any opulent period-interior with color and vitality. Well-suited for a variety of styles: Islamic, Arabian, Old World, Traditional, French, Rococo, Louis XIV, Louis XI, Louis XV, Rococo, Italian, Regal, Aubusson, Baroque, Renaissance, European, and Savonnerie inspired interiors with Gobelins or Beauvais style. Whether in a formal setting with elaborate furnishings or in an Ottoman style interior, this King Nader Shah Afshahr tapestry will bring vibrant life where it is displayed. The tag on the tapestry reads 18th century (1700's). The edge is damaged as listed in pictures possibly from elements of time. Abrash. Hand-Painted Canvas. Made in the British Ocean Territory of India. Measures: 04'09 x 16'00.