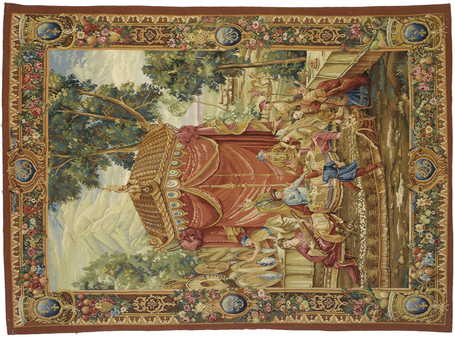 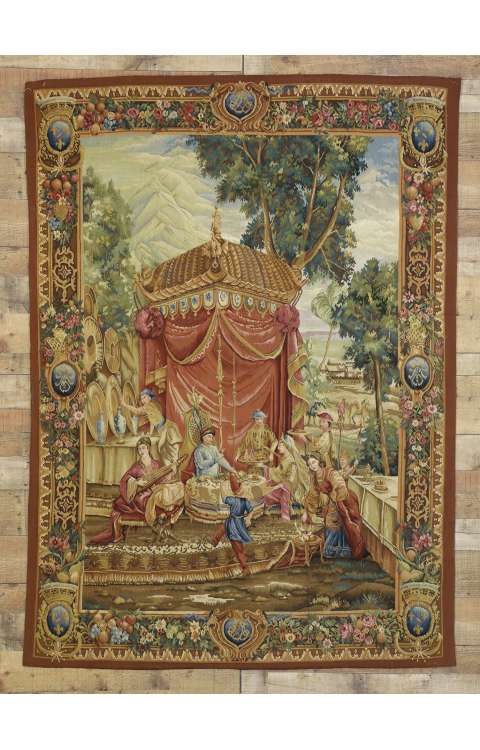 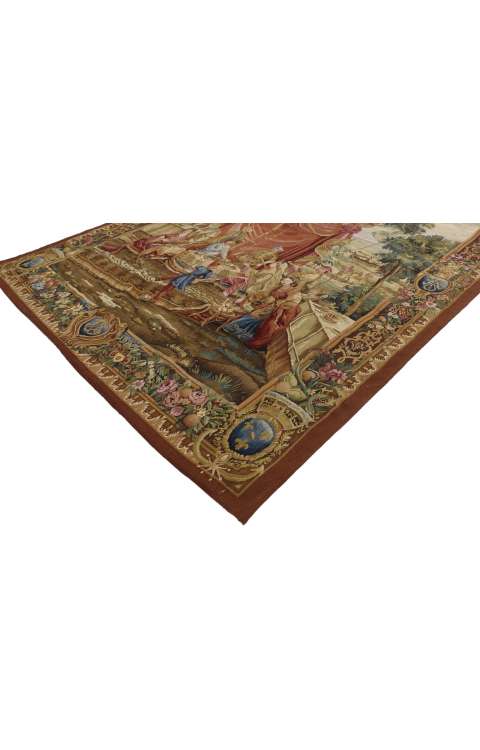 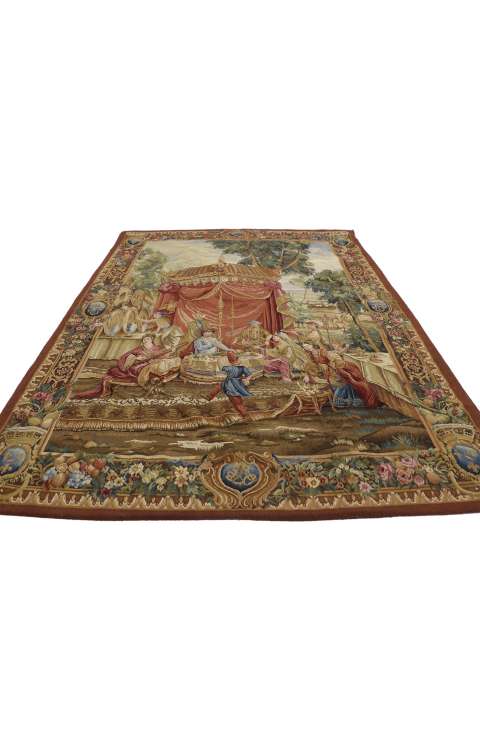 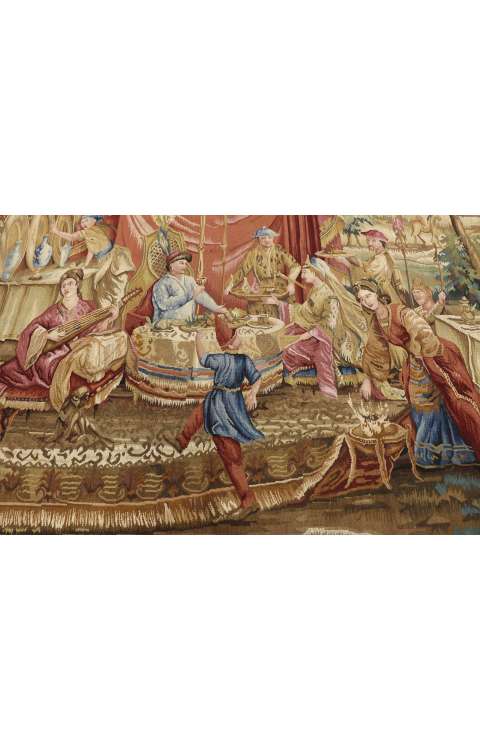 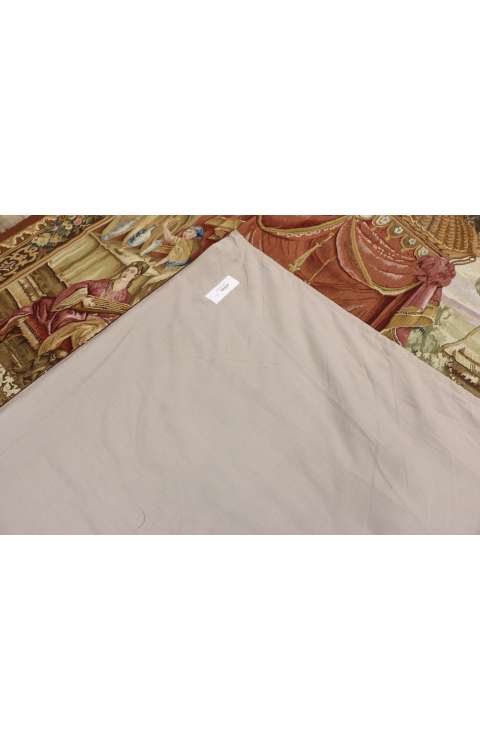 73699 Beauvais French Style Tapestry, the Collation the Story of the Emperor of China, Chinese Wall Hanging. This handwoven wool French Style tapestry is a reproduction of the Beauvais Tapestry from: The Collation The Story of the Emperor of China. Reproduced as a European representation of the Emperor of China, K’ang Xi who reigned from 1661-1721. This Beauvais French Style Tapestry is a replication after cartoons by Guy-Louis Vernansal, and Jean-Baptiste Monnoyer, and Jean-Baptiste Belin de Fontenay, about 1697 - 1705. The tapestry depicts a scene of the Chinese emperor and empress enjoying a meal. They are surrounded by attendants and seated at a round table before a tiled pavilion. While the imperial couple are served tea and fruit, a servant reaches up behind them to remove a platter from a buffet of golden dishes and blue-and-white porcelain vases arranged in the European fashion. Seated on a stool to the left, a female musician with a monkey at her feet plays a stringed instrument resembling a sitar. In the center, a dwarf dances to her music, while to the right a maid drops incense into a golden incense burner. A large carpet covers the platform on which the emperor and empress sit. In each corner of the French Beauvais style tapestry, a cartouche displaying the architectural motif of the French Coat of Arms showcasing three gold fleurs de lys on a blue backdrop. It is enclosed with a band of flowers, fruits, and the Arms of Louis XIV are highlighted on the top center and vertical sides of the border. With its commitment to tradition and heart full of whimsy, this Beauvais style tapestry can enliven nearly any opulent period-interior with color and vitality. Well-suited for French, Empire, Louis XIV, Louis XV, Asian, Chinese, Louis, XVI, Rococo, Baroque, chinoiserie, Chippendale, Regal, Aubusson, Renaissance, Old World, Traditional, European, and Savonnerie inspired interiors with Gobelins or Beauvais style. Whether in a formal setting with elaborate furnishings or in an Ottoman style interior, this French style wall hanging will bring vibrant life where it is displayed. Abrash. Handwoven wool. Made in China. Measures: 05'00 X 06'07. Brand new. In-stock.