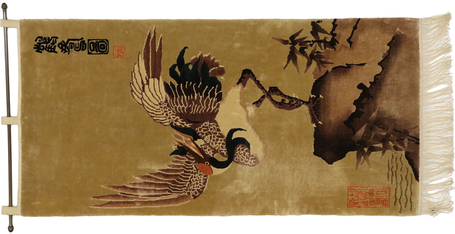 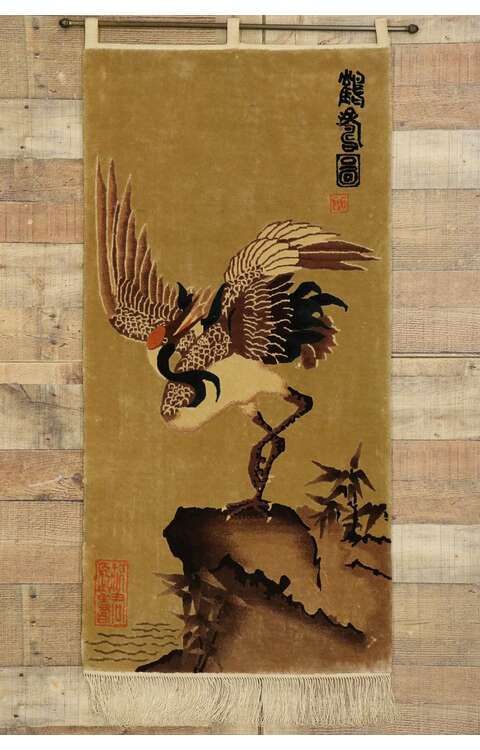 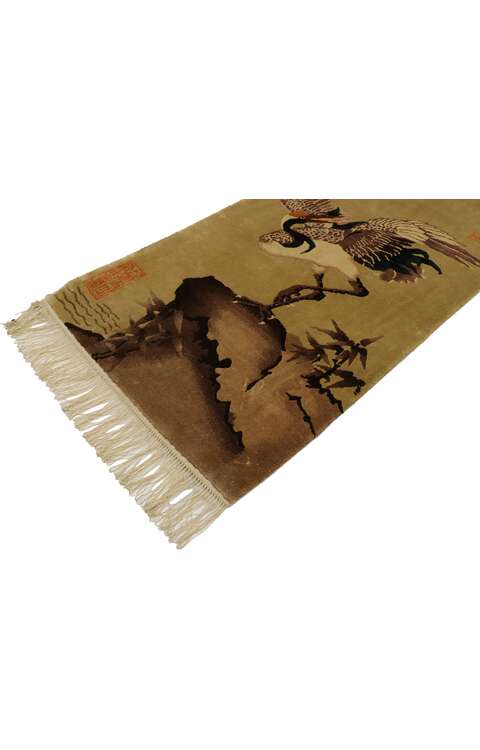 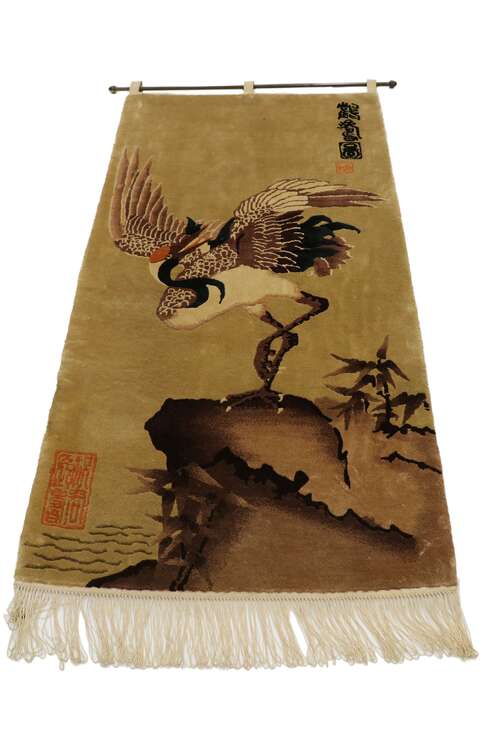 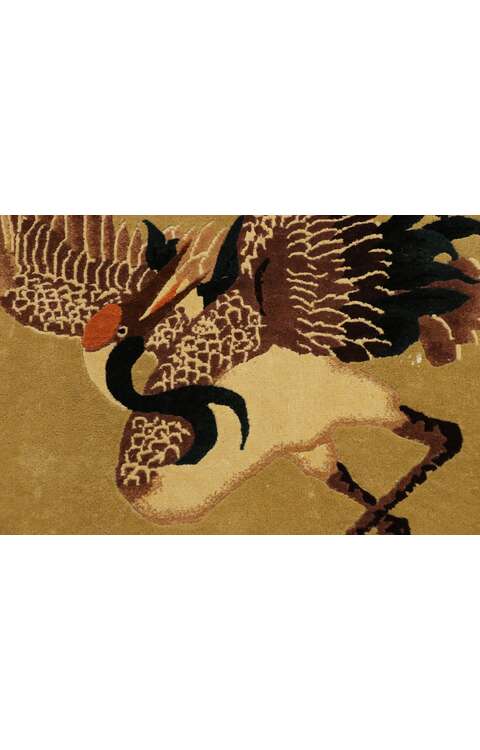 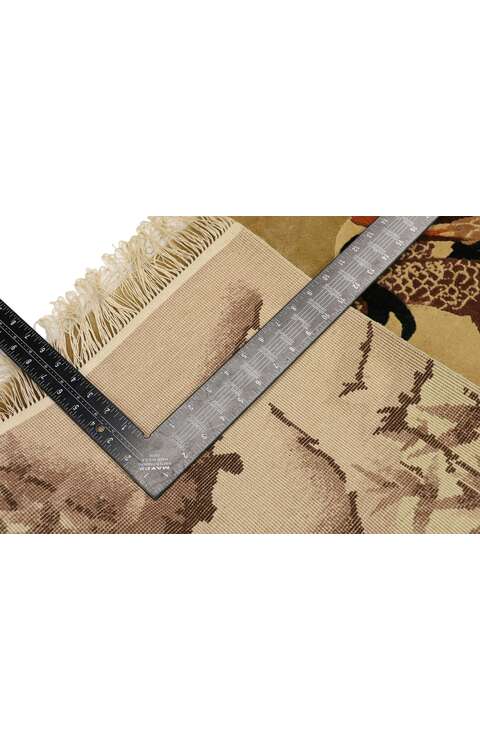 77548 Antique Chinese Pictorial Tapestry with Traditional Crane Design 02'00 x 04'01. This hand-knotted wool antique Chinese pictorial tapestry features a large red-crowned crane design set against an abrashed neutral field. The crane is depicted standing on one leg with its wings outstretched while perched atop a cliff alongside several bamboo plants. The crane is one of the most widely used symbols throughout Chinese art and literature and figures heavily in Chinese mythology. The creature is thought to represent longevity, immortality, nobility, and fidelity. It is often represented alongside bamboo, as it is in this piece, another symbol of longevity. The warm sepia backdrop recalls ancient Chinese scrolls and the expert use of shading gives the piece a painterly quality reminiscent of Chinese watercolors and gouaches. With its timeless composition and fine attention to detail, this elegant antique Chinese pictorial tapestry would be a lovely addition to nearly any interior. Well-suited for a wide range of interior styles: Traditional, Transitional, Eclectic, Modern, Neoclassical, Georgian, Regency, Empire, Victorian, Arts & Crafts, Craftsman, Edwardian, Art Nouveau, Art Deco, Colonial Revival, Hollywood Regency, Mid-Century Modern, English Country, Bohemian, Boho Chic, Chinoiserie, Asian Antique, Asian Modern, Japanese, Ming, Qing and Republic Period. Abrash. Hand-knotted wool. Made in China. Measures: 02’00 x 04’01.